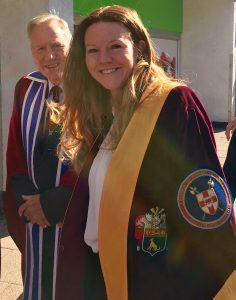 The basis of English customary traditions can be found in the principles of inherited rights.  In olden times this was known as ‘Folkright’ (the right of the people).  Interestingly, the relics of which are still apparent in old towns and village communities today.

Traditional rights may be inherited through family succession or by purchase of property possessing an inherent right.  In other cases a right may be passed on through an alternative custom or statutory action.  Another sphere of influence by folkright is over the ancient protection of copyright (intellectual property).

This website may assist those wishing to explore the fascinating background to some of the customs in practice today.  The articles are drawn from my personal perspective based upon factual knowledge.  Please survey the ‘Subjects’ to select a category of interest.

Customary rights are rights acquired by long used practises. Established in the Common Law and sometimes modified by Statute. They apply to local communal usages. Closely associated is the custom of ‘Prescriptive rights’ that are held by individuals independent of their place of residence. Each is enjoyed through long customary usage (Time Immemorial1).

Most customary laws deal with the standards of a community and have been long established in a given locale. The Civil law developed from the tradition of medieval custumals (collections of local customary law) developed in a specific manor or borough jurisdiction. They are the rights, entitlements and obligations regulated by a community.

Customary law was brought to England by the Scandinavian Angles and remains the dominant legal procedure in modern Scandinavia today. King Alfred applied these laws in his unifications and it is recorded that King Edward (the elder) in c920 commanded, “ All reeves must not neglect the customary folcryght. King Æthelstan c930 stressed the importance of the customary law’s general application. He would “not allow anyone to escape their group” making kin responsible for assigning a place of residence to those who had no lord: “so that they are domiciled within the customary folcryght”.

These customs along with copyright (intellectual property) land law and trusts are ‘laws of equity’ and as such are generally dealt with (tried and tested) by the ‘Chancery’ division of English law. Copyright is an exclusive (prerogative) right in law. It dates back anciently and it is recorded that a ruling in Ireland by Diarmuid was made in favour to St Finian in 561 with the statement “To every cow her calf”. Copyright is known to have been included within the ‘Laws of Aethelbert’ c600. The modern concept of copyright is designated as 1710 with the Statute of Anne.

Land laws were in existence long before the ‘Forest Laws’ and the advance of the Normans. William I upheld much of the English custom and it was their erosion that prompted King John’s Magna Carta in 1215 in which he confirmed the ancient law of Habeas Corpus. The King’s Court Curia Regis had been operating since the Conquest until the adoption of the ‘Privy Council’ from the 13th century.

The Court of Chancery set up initially in 1280 was a court of equity that followed a set of loose rules to avoid the slow pace of change and possible ‘inequity’ of the common law. The Chancery had jurisdiction over all matters of equity including trusts; land law, the administration of the estates of lunatics and the guardianship of infants. Initially it had been a part of the Lord Chancellor’s role as ‘Keeper of the King’s Conscience’ primarily concerned with conscientious law. It had a greater remit than the common law courts, with a jurisdiction to overrule, until the 19th century with the Administration of Justice Act 1841.

Under the 1875 Supreme Court of Judicature Act, the Chancery was dissolved; creating a new unified ’High Court of Justice, with its Chancery Division’.

Freedom (liberty to exercise a right) based on custom and charter is regulated by statutory law.

Friendship (where kindness is the key to happiness) Anglo-Saxon heritage has been centered on kinship, understanding and responsibility. From which kin and kind or ‘all of a kind’ comes kindness. In a similar deduction, the Old English word frie meant freedom and friend. The application of kindness is an English trait. Freedom with friendship and kindness is clearly the route to happiness.