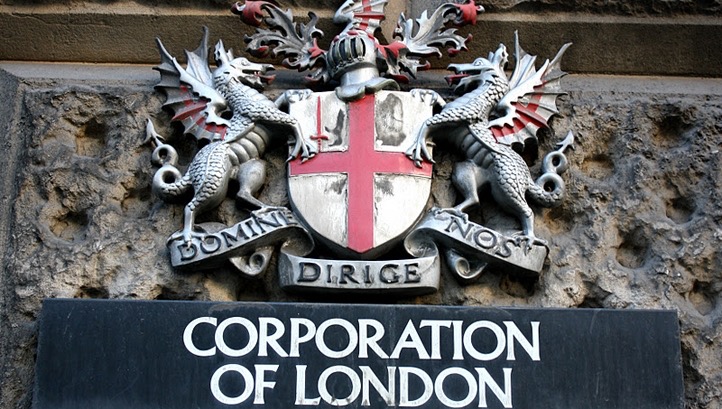 The City of London is unique, not only because it is the capital city of the British Isles.  It was walled in Roman times and is contained within an area of about a square mile.  This has not materially changed since before the Norman Conquest

Over the centuries, the City has been chief in negotiating with England’s ruling monarchs and this has allowed the regulation of its own affairs.  City merchants have advanced financial loans to assist with overseas wars and foreign negotiations.  At the head of governance has been the Rt. Hon. Lord Mayor of London.  Since 1189 there have been 690 Lord Mayors, of whom two were women. 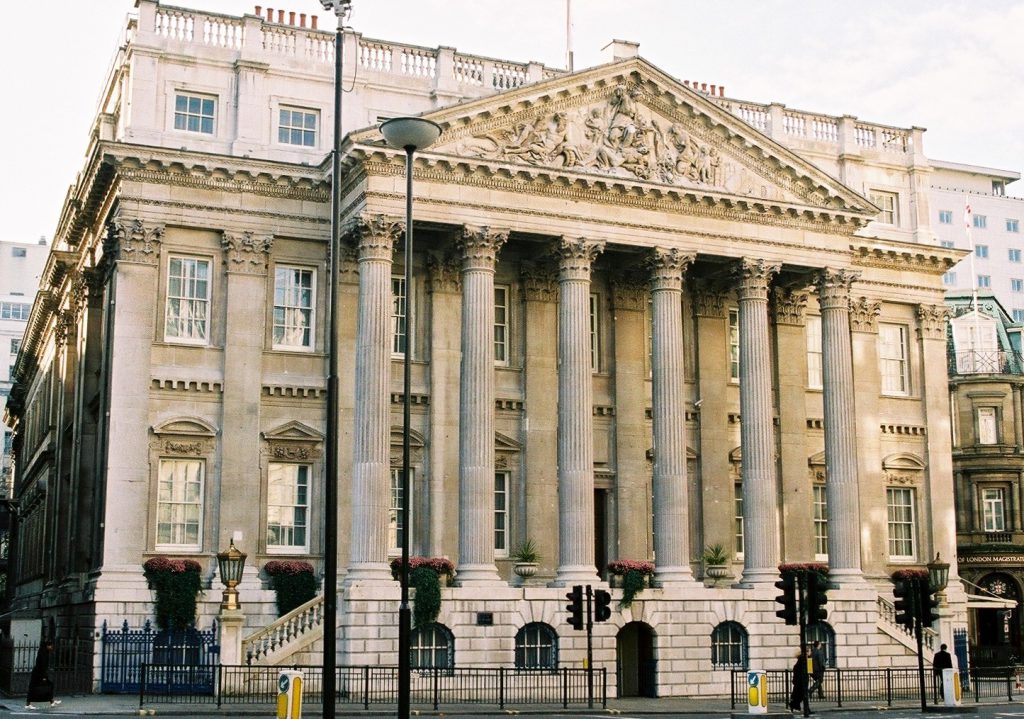 The Lord Mayor occupies ‘Mansion House’ in the City and is ambassador for UK financial services around the world.  Mansion House hosts foreign heads of State, politicians and dignitaries in order to promote the United Kingdom.  The Lord Mayor has a range of ceremonial roles, these include acting as Chief Magistrate of the City, Admiral of the Port of London, Rector of the City University, President of Gresham College and Trustee of St. Pauls Cathedral.  Lord Mayors are chosen from the Court of Aldermen. 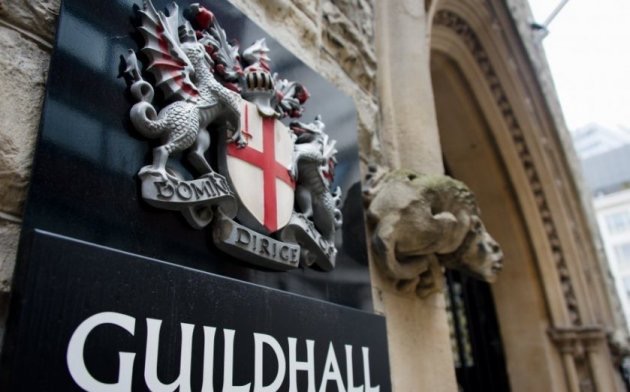 Court of Common Council formally known as the “Mayor, Aldermen and Commons of the City of London Assembled”.  The City of London Corporation (local authority) is answerable to the Court of Common Council.  It has two parts – Common Council with 100 members and the Court of Aldermen with 25 members.  In all, these 125 members represent the 25 ‘wards’ (divisions of the City).  Each ward elects one Alderman every six years.  Common Councilmen are elected every four years and depending on the size of the ward, there may be from two to ten representatives (regardless of gender).  Voters are drawn from both residents and businesses.

The Lord Mayor and two sheriffs are chosen by Liverymen meeting at Common Hall.  Sheriffs, who serve as assistants to the Mayor are either Aldermen (from the Court of Aldermen) or Non-Aldermen Sheriffs from the Livery Companies.  It is a requirement to serve as Alderman Sheriff before becoming Lord Mayor.  Sheriffs reside at the ‘Old Bailey’ during their term of office.  The Corporation is responsible for a large amount of the budget of the Central Criminal Court (Old Bailey).

Livery Companies of the City of London play a considerable part in the system, electing Sheriffs and in appointing the Lord Mayor.  The Mayor and Sheriffs spend a large part of their tenure attending the functions of the Livery Companies. 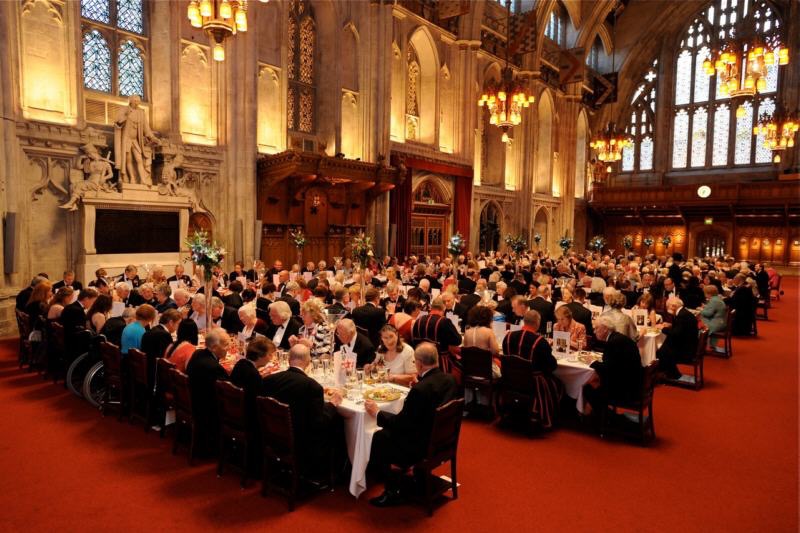 An incorporated body is a legal entity quite separate from the individuals that comprise it.  Its spirit and reputation are separate and collectively greater than the individuals.  The City became a commune in 1191 and from about that date the chief officer was the mayor.  It was long an entity before the times of Alfred the Great, when the ‘borough’ status was re-established after the Danish occupation.

The citizens had rights, although the system of freedom elsewhere in towns and cities had also developed as a means of controlling any association of persons engaged in craft and trade (livery companies) by apprenticeship.

Creation of the Guild of Freemen of the City of London

Up until 1835 and the reforms of the Municipal Corporations Act, all ‘freemen’ were members of livery companies and each company maintained its own organisation of social, educational and charitable objects. 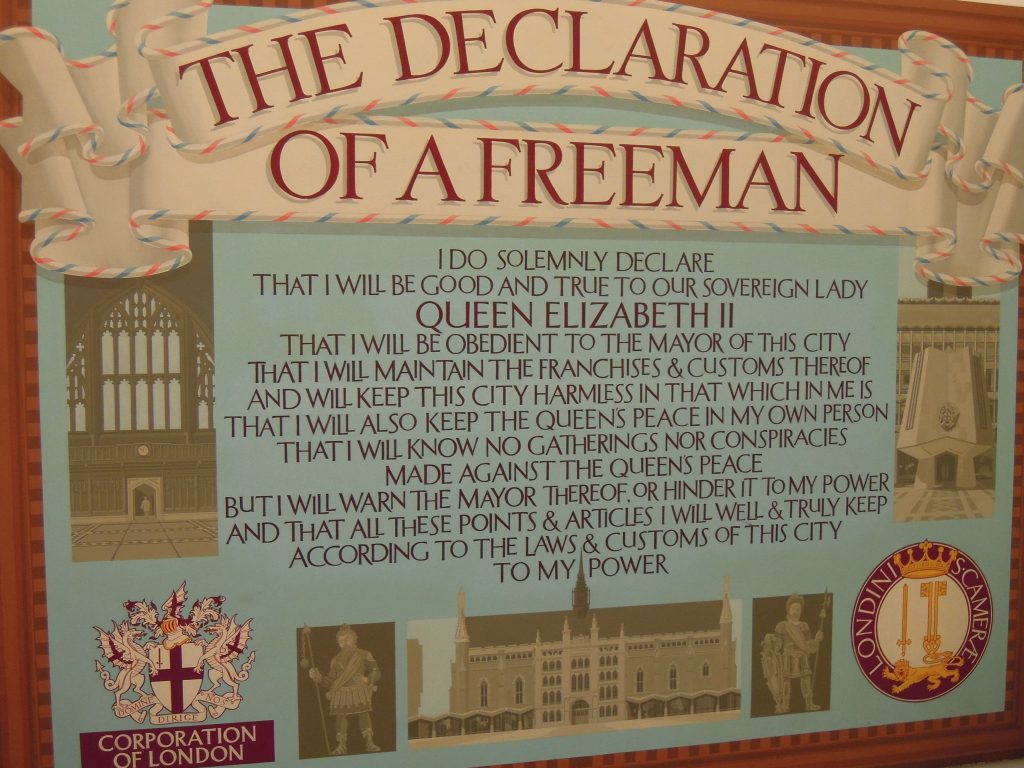 Although the Freedom had to be held by those trading in the City, it could from 1835, be obtained much more cheaply.  By 1867, through pressures of need for traders to hold the freedom, it was abandoned, as had the qualification for Parliamentary voting.  The Court of Common Council decreed that those on the Parliamentary register of voters in the City would be admitted to the Freedom without any formality and this provision still applies today.  Although such Freedom carries with it no special privilege.

In 1908 a constitution was agreed to form a Guild of Freemen.  The rules required the election of a Warden’s Court.  It was agreed to request the Lord Mayor to be President and the City Chamberlain to be the first Master.  The Court were to arrange a program of social events.  An Executive of Master, Deputy, one Warden, a Treasurer and a Clerk would be accompanied by seven other members.

The management subsequently tended to be based on the framework of a livery company.  The wardens were increased to three, with the Renter Warden acting as Treasurer.  The articles further provided for a Chaplain, a Solicitor, a Clerk and a Beadle.

Common Hall is an assembly of the Liverymen of the Companies, to elect Lord Mayor & Sheriffs

Ward Mote is a meeting of the ward’s voters to elect their Alderman or Councilmen. 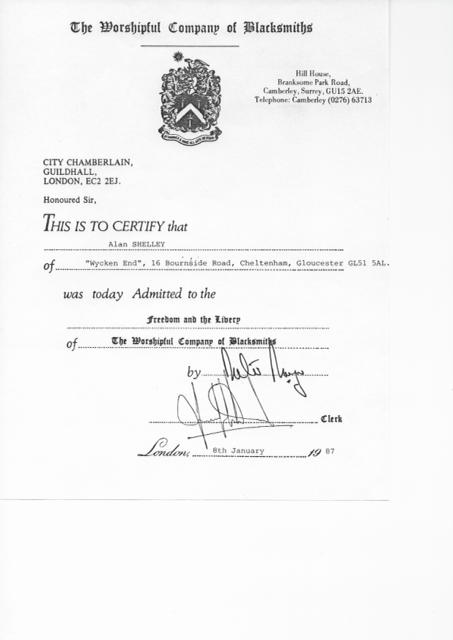