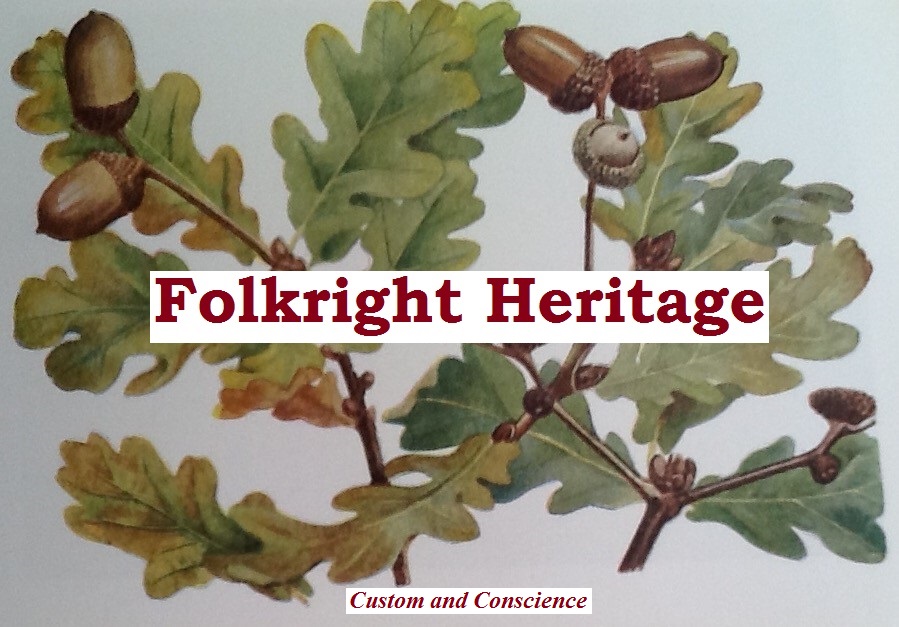 Preserving the precious traditions of historic towns and ancient countryside.

Here is a collection of brief essays that discuss Alan’s ‘subjects’ of interest relating to custom and heritage in England and Wales.  The website is simply a personal resource that includes Alan’s views on: Town and Country; Freedom and Fellowship; Rights and Responsibilities; Liberty and Legacy; Trade and Tradition; Lore, Law and Legislation.

NB – This is a non-commercial personal information site, particularly dedicated to Alan’s daughters’ and their families. Alan does not profess to be a lawyer, merely a steward of historic traditions.

English ‘Folkright’ is principled upon equality and the national culture of responsibility and sense of fair-play. It is the origin of English democracy and the basis of our common law. It was the folkright that introduced our jury service, providing trial by fellow citizens. The basic principle is one of protection under the law in return for responsible duties and behaviour.

It was the primary law of the people up until and during the 10th and 11th centuries, particularly before the Norman Conquest. In those early times it was commonly directed in the Shire-Moots while the overarching Statutes were issued from the ‘Witan’ to instruct the nation, most particularly over military matters. The common law was much modified under the Norman feudal system until the Magna Carta re-adopted the just principles of ‘Folkright’.

Ancient Folkright combines the lore of English custom and traditions with the law of chancery and conscience. The Folkright is the foundation of our freedom.  It is the inherited right of all freeborn, law abiding responsible citizens of England and Wales.  Relating through English culture and conscience with natural justice, where there is a ‘duty to act fairly’.

The roots of life are inheritance, survival and tradition.  Always bear in mind what is, or is not, rightful.  “Greatness lies not in the power a person may snatch for personal glory, it lies rather in caring for one another and for nature, from which alone a universal quality of life can spring”.  (P.B. Shelley)

Freeman of Sudbury, Suffolk, Freeman and Liveryman of the City of London
Vice President of the National Association of Freemen of England & Wales (FEW)