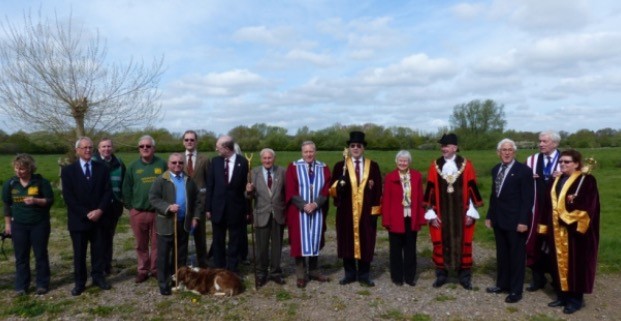 A ‘common right’ is a traditional right, privilege or immunity held by an individual, or with others, for beneficial purposes.  It would be the right of a ‘commoner’ to take resources from a piece of common land and is therefore ‘a right of common’ (a right of folkland).

Most common lands (more than 7,000 in England) were originally waste of a ‘manorial’ estate held by a lord during the feudal period.  Appurtenant rights of land use were granted to certain holders of tenancies.  Some rights (in other cases) were given to individuals ‘in gross’ to be shared with others.  These rights are independent of the tenure of land.

Freemen/burgesses of early borough towns had access to similar ‘commons’ and held commoning rights in much the same way.  These rights (held in gross) would be considered by law to be ‘exclusive’ and the subject of ‘sole vesture’.  The freemen are therefore in ‘possession’ of the benefits over such lands.

A right of common can be described as ‘held by one or more persons, to take or use some portion of that which another man’s soil/land naturally produces.  Commoners are people who have a right in or over common land jointly with others.  Freemen in gilds may in a similar way hold rights ‘in common’ over their grazing lands.  In most cases these rights (that exist today) will have been registered under the Commons Registration Act 1965.